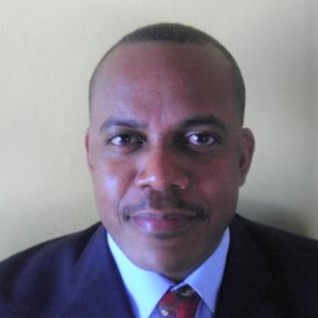 Mr. Lloyd Jones served the Belize Defence Force for 15 years as a commissioned officer retiring at the rank of Major and as the Commanding Officer of the BDF Maritime Wing. Major Jones is a graduate of both the Royal Military Academy Sandhurst and the US Naval War College. He also attended several high level courses with the US Coast Guard, the US Army and the US Navy. He was the first Belizean to attend the US Naval War College in Newport, Rhode Island and the Pearson’s Peacekeeping Center in Canada.

On February 1, 2004 Major Jones assumed the post of Ports Commissioner (CEO of the Belize Port Authority), a post he held for six years. In early 2010, Major Jones left the Belize Port Authority and formed his own consulting firm, the Zephyr Group. His group of companies offers high level consulting services in a number of fields including institutional strengthening, business development, strategic planning, climate change, energy and transport & logistics.

Major Jones holds a Master’s Degree in Business Administration from Middlesex University, UK and an MSc in Energy and Sustainable Development from De Montfort University in Leicester, UK. He is a certified marine surveyor and a certified marine accident investigator. He has also done a number of certificate level courses in urban transportation planning, accounting, business law, disaster risk management and climate change financing.

As a founding member of the Belize PEACE Movement Major Jones if of an unshakeable conviction that corruption must be rooted out wherever it is found, if Belize is to grow and prosper. Major Jones not only believes whole heartedly in the BPM’s anti-corruption fight but in its unceasing efforts to promote good governance.