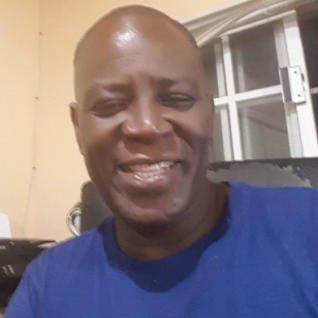 I consider myself as a champion for better government and meaningful participation of people in the decisions that affect their lives. I believe that the tremendous genius that exists in the collective wisdom of our people can result in greater prosperity for our nation.

I have served in various capacities of the trade union movement including President of the Public Service Union and the Caribbean Public Service Association. I also served as a director of the Human Rights Commission and the National Trade Union Congress of Belize. In these capacities I traveled across many regions of the world to address workers issues and human rights.

Leaving the government service in 1998, I became a founding member of the new alternative political movement the Vision Inspired by the People. This group bested the PUP at one point in the municipal elections and became the official opposition in Belmopan.

Currently I am a proud member of the Belize Peace Movement. I am also the representative of the Southern Workers Union on the National Trade Union Congress of Belize (NTUCB) charged with the responsibility of overseeing the implementation in Belize of the United Nations Convention against Corruption (UNCAC).

Professionally, I am a Quantity Surveyor and Construction Economist. I possess a Bachelor of Science upper honors degree from the University of Salford in the United Kingdom. In this capacity I was employed at the Ministry of Works in Belmopan. I was also an adjunct lecturer of the University of Belize Faculty of Engineering. I worked for a number of years with the Ministry of Local government, Botswana, Southern Africa.

I currently operate a private consultancy firm in Belmopan. I am married and with grown children.